For around 2 1/2 years or so I've been carrying a Sig P365. It was the last pistol I qualified with for off-duty. After retiring I continued to carry it 99.9% of the time. Small, light and comfortable to carry yet able to rock 10, 12 and 15-round mags. And the Xray night sights have really grown on me. I put a TLR-6 on it with an appropriate kydex OWB holster and it's pretty much the perfect set up for CCW. Added the three parts necessary to convert it to a manual safety model. I shot it at an Outlaw match a few months ago and was very impressed with how it performed. For me it's just been a big thumbs up all the way around.

Couple of weeks ago I saw an ad on FGT that wasn't one of the scams that have infested the site recently. In fact, the ad had gone up within minutes of my jumping on the site. It was for a P365XL. Good price so I arranged a meet up with the seller. Seller turned out to be a retired SPPD Officer/Firearms Instructor so we hit it off immediately and chatted for a bit in the parking lot where we met. He'd only shot about 30 rounds through the pistol and then decided he wanted the P365 since it was smaller.

So again, I bought the three parts needed to convert it over to a manual safety model. That's my preference, particularly with striker-fired pistols if I have the option. I also purchased a holster for it with a TLR-6 but the holster that arrived was defective. I could insert the pistol fine but trying to draw it out for some reason was like trying to pull out Excalibur if you weren't King Arthur. I tried to figure out what was hanging it up but couldn't. So fortunately I was able to get a return label and dropped it off at the post office this morning. Fortunately, the same holster maker that I used for my P365 w/TLR-6 now offers the same holster to fit the XL w/TLR-6. I like this holster because it holds the pistol close to the hip with no wobble. And it is cut to allow my a full grip on the pistol while still in the holster. So I've got that coming along with a second TLR-6 so I don't have to swap one back and forth between the P365 and the XL.

Plan is to make the XL my carry pistol with the P365 as a back up. I converted one of the 15-round mags over to work in the XL. I also had a couple of spare 10-round mags from the P365 so I bought a couple of those base plates that allow them to be used in the XL.

Pic before I added the MS and the TLR-6.

If you want to try something interesting, put your standard P365 upper on your XL lower. Folks have nicknamed this the P365X - like the P320X or Glock 19X. Totally different feel than the P365 with a mag extension, I think. And it conceals just as well as the standard P365. With that setup, you’ll have complete two-way mag compatibility between your primary and your backup - all you need to do is buy an XL grip module and drop your FCG into it.
Top

Odessaman wrote: ↑
Thu Apr 08, 2021 9:10 am
If you want to try something interesting, put your standard P365 upper on your XL lower. Folks have nicknamed this the P365X - like the P320X or Glock 19X. Totally different feel than the P365 with a mag extension, I think. And it conceals just as well as the standard P365. With that setup, you’ll have complete two-way mag compatibility between your primary and your backup - all you need to do is buy an XL grip module and drop your FCG into it.

Funny you mention that swap. I guess enough folks have done it and talked about it that it caught Sig's attention and they are now producing that very pistol with an optic.

I like that setup as I usually carry mine with the 12rd mag anyways.
Top

Yep, that's how I've been carrying my P365. So the XL was a natural fit. I really don't have a need for the P365X but heck, if one came up for a good trade or something it would be kinda neat to have all three configurations.

Looking forward to the new holster and TLR-6 coming in. The light has already shipped and could be here as early as Saturday. Yay

Received the TLR-6 in the mail today. No problems with the install. Some pics with some comparisons to my P365 with TLR-6. 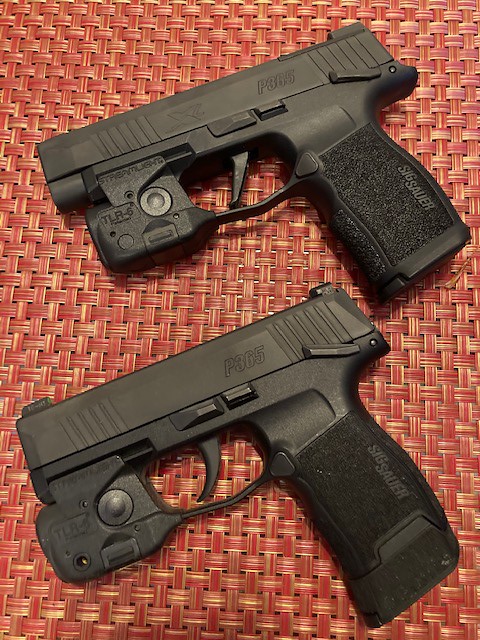 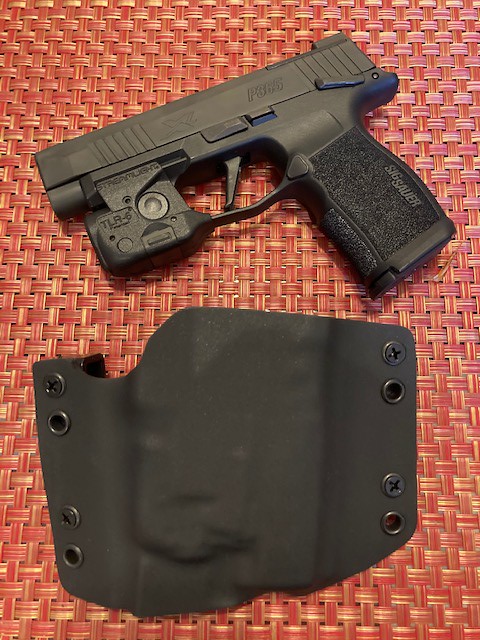 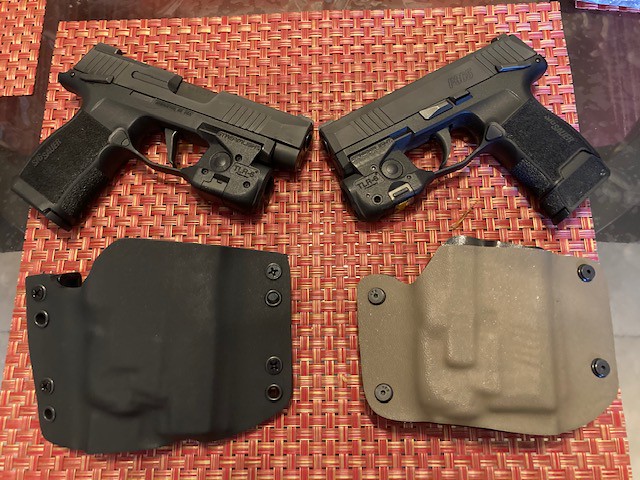 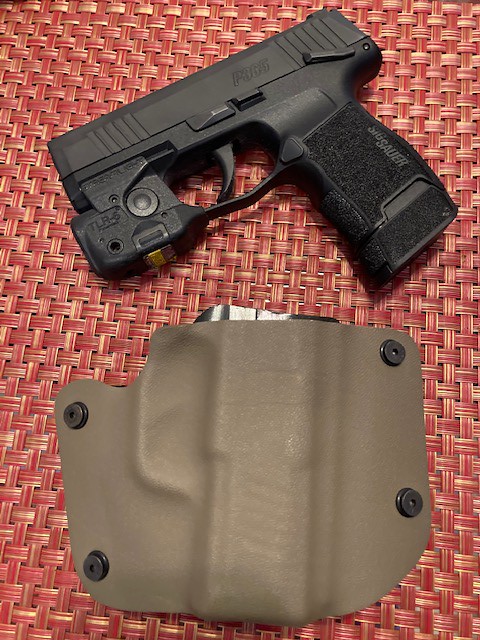 With a 12-round magazine, the P365 is virtually the same height as the XL. Add on the additional inch to the slide and it's still a very compact pistol. Converted my 15-round mags over to the XL base plate so they are usable by either pistol. Same thing with the 10-round mags, changed the base plate to be usable in either pistol.
Survival and Emergency Preparedness http://sepboard.us
Top

Very nice, they shoot so well to.
Top

They do shoot very well. I've been impressed with the P365 and glad I finally got the XL decked out the way I like. Also impressed with Sig for responding to their customer base with the entire P365 series such as the XL and now the X version.
Survival and Emergency Preparedness http://sepboard.us
Top

The TLR6 is ok, I have a couple of them on out Sigs, just wish they were more than 100 lumens. Need a little more than that to stun an assailant. I guess we can’t have it all, I’ve had other gun lights much stronger but of course they weren’t as slim or concealable.
Top
Post Reply
15 posts