Wakko wrote: ↑
Sun Jan 12, 2020 9:47 pm
My point is that I don't want to spend that kind of money right now on a build...I didn't say it wasn't a fair price. I miss the days of AK build parties when a bunch of guys would get together and bang out builds in someone's shop or garage. Those days are long gone.

But the golden age of AK's as a whole is long gone too. You miss build parties, I really miss the days of $70 original barrel kits. If hindsight was 20-20 I would have bought PALLETS of those kits.

Your'e lucky to be sitting on such awesome project fodder.
Top

You said it. Classic used to sell those kits all day long, buy 5 for a discount. You used to be able to get the kit and 922r parts for under $200 including a flat, and end up with a nice AK. Now that same build will cost you triple that...for a Romy G. Then you'd go take it shooting for $79/1000 rounds of Wolf!

Such is life.
Top

hell i remember when my gun shop couldnt give chinese ak's away for 89$, and a case of ammo for it was something like 50$. hell i paid 279$ for my saiga-12 before anyone even heard of the thing

either way, i prefer to do most of my business dealings with a hand shake, as i did as usual with rentprop. he isnt one of those people that sells snake oil, so when i spoke with him partway through the build, and he strongly suggested that i let him park the receiver (prefinished nodak slab side that i told him "pick one out i trust your judgement"), i told him to go for it. NorincoKid did some of the work on it as well. i forget how much i paid him, didnt really keep track as we trade quite a bit as well. the price he is quoting you is on par with what i paid. done right is worth paying for, nevermind i dont have the tools or patience these days. i was going to do it myself with a hammer and a point chisel, but i am so much happier with the result, in not going that route....maybe you guys can do a bulk build through him, those are a little easier when you are doing a bunch at once//////price break?

6 months later, i get an email from him with a source for original unissued FEG 20 round mags for it, on top of it!

he takes care of his customers and does phenominal work. im eventually going to bring him my mauser to reblue and look at the sticking action. his blueing comes out a deep black that looks really cool. the way he parked my amd receiver and rivets nearly perfectly matches the parts kit's coloring and hue.

Part of me thinks we're kinda in that place again with AR15 stuff.

I feel like in 20 years I'll be kicking myself for not grabbing a bunch of lowers and parts, etc now while they're super cheap but I've never been into AR15's. Plastic and aluminum just don't have the soul that wood and steel do.
Top 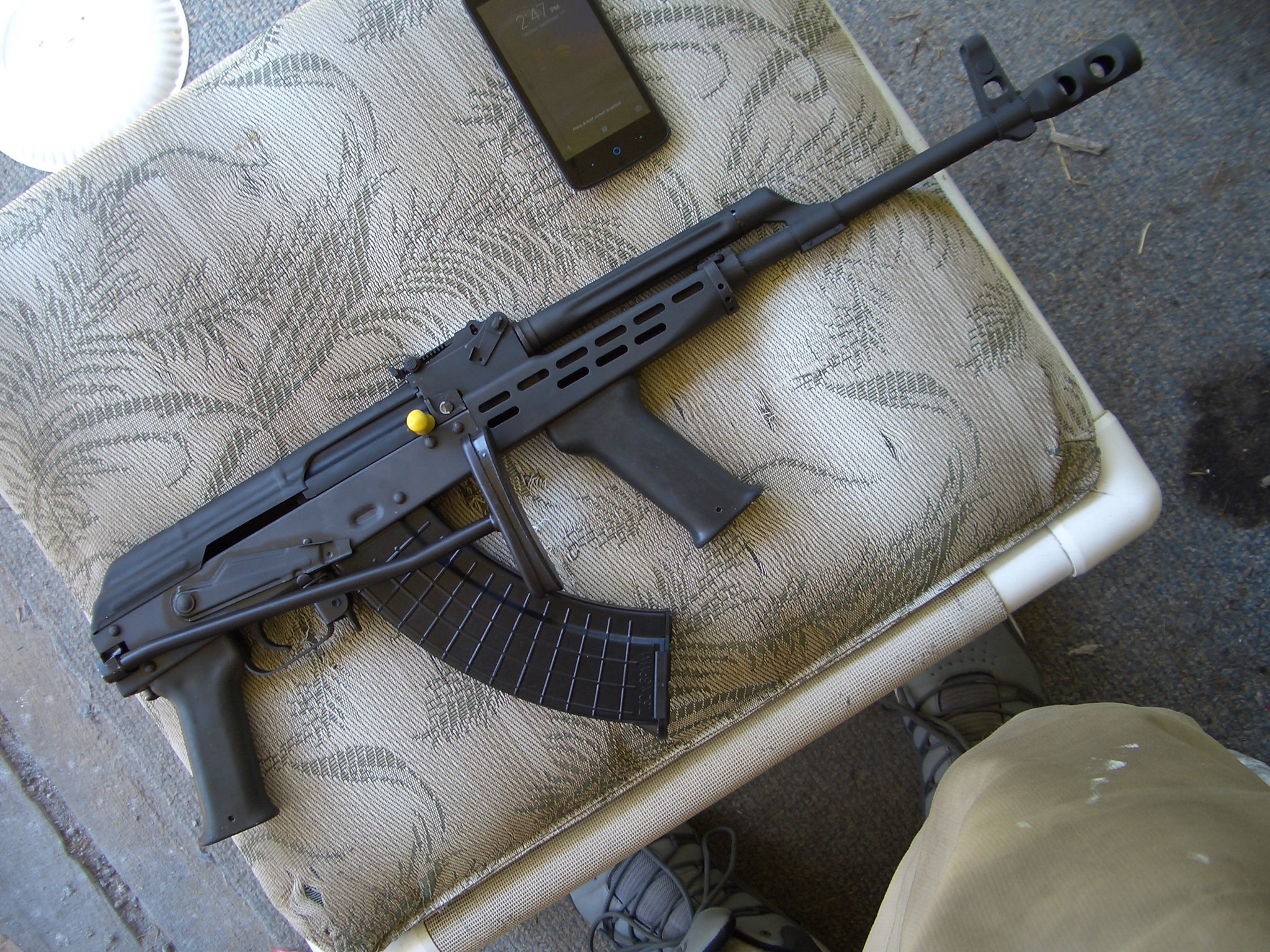 rentprop built this one for me, im an AK guy, but i dont have the tooling any more, so i let Mark do it. came out great

The nice thing about building from a kit is your'e not forced to go with what it is. When AMD kits were $60 back in the day, a lot of them were built as pistols. 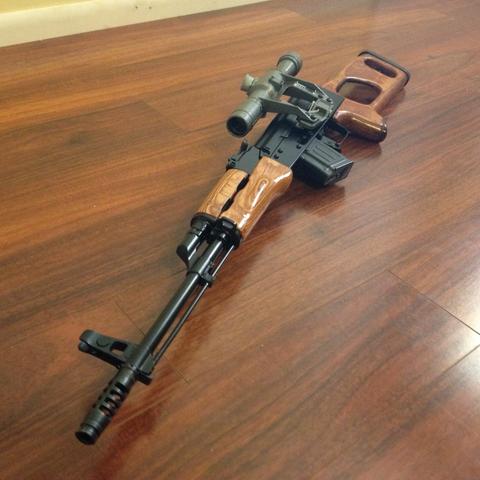 ^ Budget "DMR" style build from one of those kits with a few swapped parts.
Top

I feel like in 20 years I'll be kicking myself for not grabbing a bunch of lowers and parts, etc now while they're super cheap but I've never been into AR15's. Plastic and aluminum just don't have the soul that wood and steel do.
[/quote]

That is a really interesting view point, (we are in the golden age of ar15 parts)
What do you think the reason for the death of cheap AK kits is now?
Top

I bought the kits just didn't have the tools Rent did an amazing job at putting it together and making it look great.
Everybody's got plans... until they get hit.
Top
Post Reply
18 posts