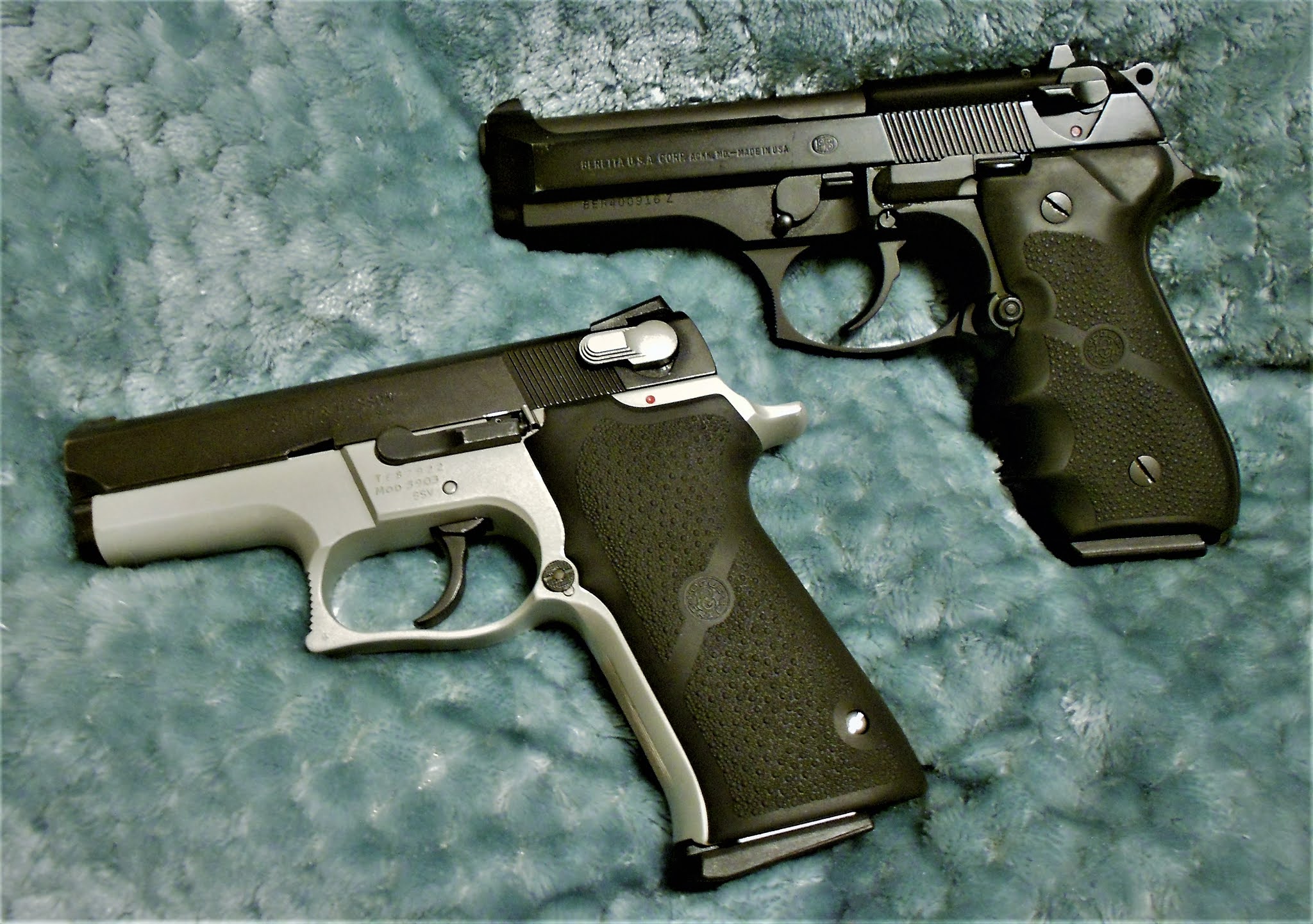 The early 1990s were an amazing era in handgun development. You had the Wonder-Nine revolution sweeping the nation when it was really starting in the early 1980s with the adoption of the Beretta 92FS by the U.S. Military and the explosion in popularity of GLOCK, Sig Sauer, Ruger, HK, and Smith &amp; Wesson with their products for the law enforcement market. By the 1990s, you had such a variety of choices and today we’re going to look at two choices offered by the Italian Stallion and Big Blue.

S&W and Beretta offered a number of variations of their guns, both are the shorter slide, full size frame variants of their traditional aluminum framed 9mm duty guns. First up is Big Blue’s gun, the Model 5903 SSV. 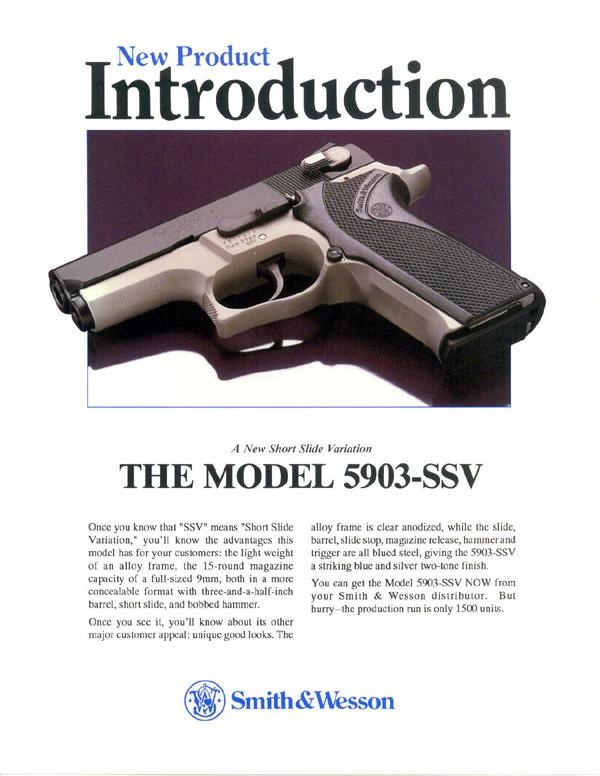 They slapped on a 6904 slide and barrel, cutting the length down to three and a half inches. Also, the 6904 was their blued carbon steel slide. So, the gun got a nice proper two-tone look.

Re: Battle between two of the '90s classic Wonder-Nines

I tried to like hi-capacity DA 9mm pistols but I never could get attached to them as I have short fingers and never got good trigger position with them for DA. Closest one I liked was the Sig P226 for which my friend made me a "short reach trigger" by grinding down the standard trigger...I later got a factory short reach trigger when they became available. I liked single column version of these pistols like Sig 225, S&W 3913 and my personal favorite was a S&W 3903 which was a great pistol...very accurate and totally reliable. My father had a S&W 59 and then later 659 but I never liked them as they felt like 2x4 in my hand. I didn't like Beretta 92 series pistols as their grip was too wide and trigger reach was too long but I love my recently acquired 92FS with thin grip and short reach trigger. Currently my Wonder-Nine collection consist of Sig P-226/228/229, Beretta 92FS and CZ-75...I guess my Glocks too.
Top
Post Reply
2 posts • Page 1 of 1