Not sure who's the bigger idiot in this story...

A man sprays mace, left, as another man fatally fires a gun, Saturday, Oct. 10, 2020 in Denver. The man on the left side of the photo was supporting the "Patriot Rally" and sprayed mace at the man on the right side of the image. The man at right, then shot and killed the protester at left.

A private security guard working for a TV station was in custody Saturday after a person died from a shooting that took place during dueling protests in downtown Denver, the Denver Post reported. (Helen H. Richardson/The Denver Post via AP)

DENVER (AP) — A private security guard working for a local TV station was jailed for investigation of first-degree murder in the deadly shooting of another man during dueling right- and left-wing protests in downtown Denver, police said Sunday.

Matthew Dolloff, 30, was taken into custody in connection with a clash that took place Saturday afternoon in Civic Center Park.

A man participating in what was billed a “Patriot Rally” slapped and sprayed Mace at a man who appeared to be Dolloff, the Denver Post reported, based on its photographs from the scene. The man identified by the newspaper as Dolloff drew a gun from his waistband and shot the other person, according to the Denver Post journalist who witnessed the episode.

The shooting victim was not named by authorities and died at a nearby hospital. But his son identified the man on Sunday to the Denver Post as Lee Keltner, a 49-year-old U.S. Navy veteran who operated a hat-making business in the Denver area.

A woman who said she was the victim’s mother, Carol Keltner, wrote in a social media post that her son was killed after being shot in the head.

A decision on any charges will be up to the Denver District Attorney’s Office, police said. A spokesperson for District Attorney Beth McCann said Sunday that the arrest affidavit in the case remained sealed and referred further questions to the police.

It was not immediately clear if Dolloff had an attorney.

Police Division Chief Joe Montoya said two guns were found at the scene, as well as a Mace can.

The shooting occurred beneath a city surveillance camera, and police said they have footage of the incident, KUSA-TV reported.

KUSA said it had hired the guard through the Pinkerton security firm. “It has been the practice of 9NEWS for a number of months to hire private security to accompany staff at protests,” the station said.

The right-wing Patriot Rally was one of two demonstrations happening at about the same time that drew hundreds of people to the park. Protesters at a left-wing “BLM-Antifa Soup Drive” nearby held up flags and signs railing against Nazis and white supremacists.

Security guards in Denver are supposed to be licensed, with additional endorsements needed to carry a firearm or operate in plainclothes, according to rules for the industry adopted by the city in 2018.

In photos from Saturday’s shooting, Dolloff did not appear to be in uniform. His name does not show up on a city-run database that lists several thousand licensed security guards.

Representatives of Pinkerton did not immediately return email and telephone messages for comment. 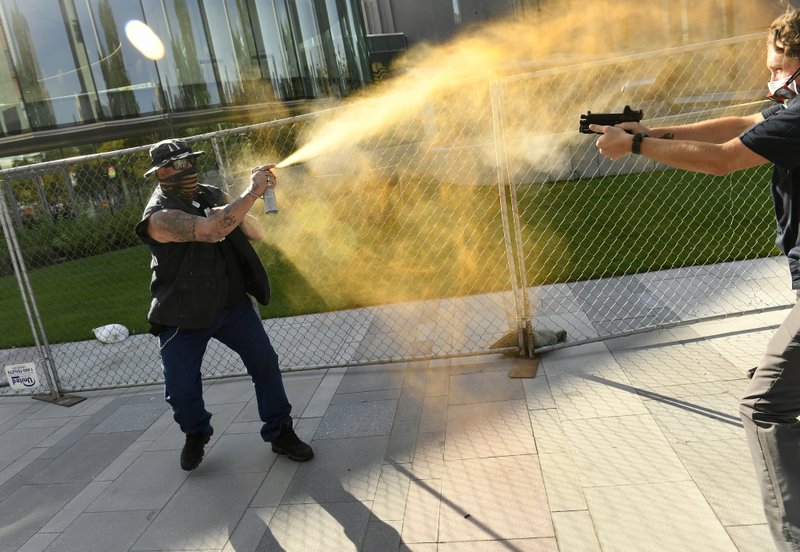 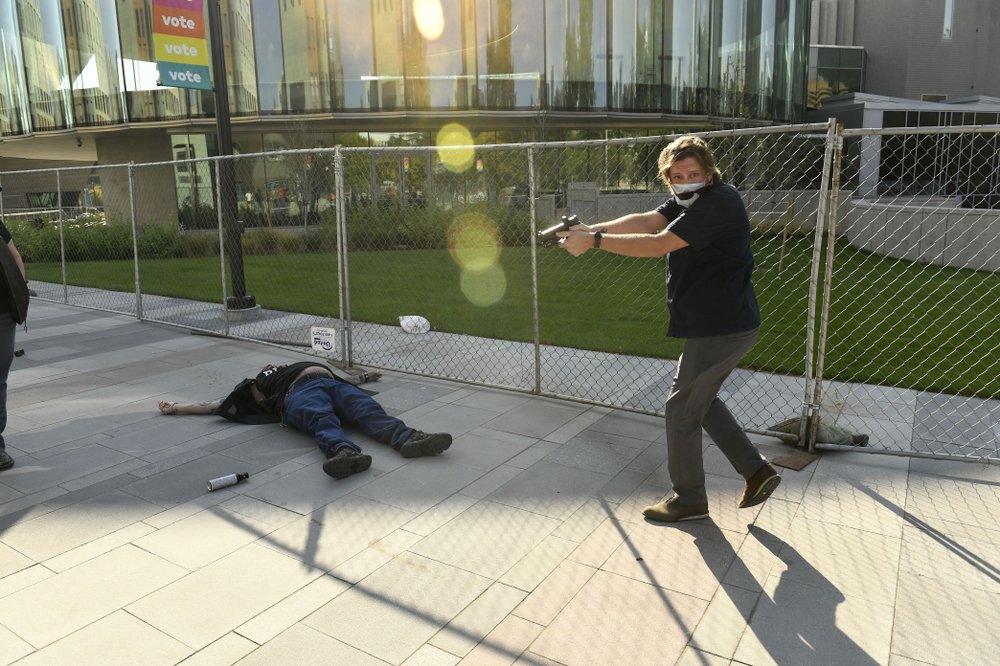 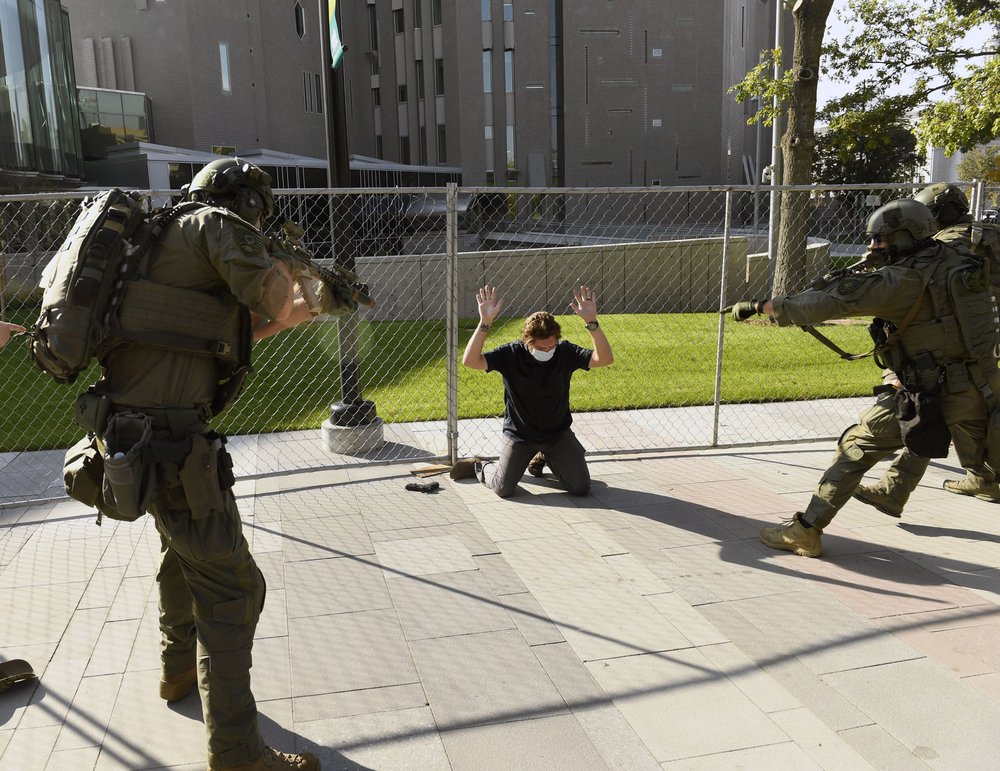 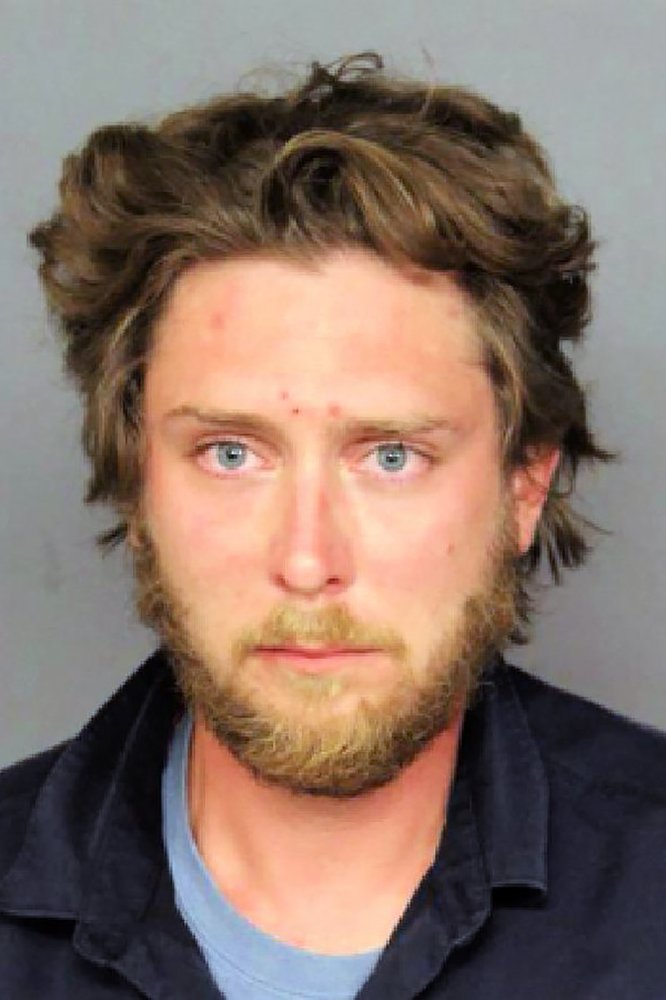 Two lives shattered. Hate to guess what really happened. I am curious if pepper spray is considered deadly force.
Top

I see him going to jail for a long time.

Some reports indicate the pepper-sprayer had slapped him and was approaching aggressively. Dude pulls pistol, then pepper-sprayer pulls pepper spray. Spray -----> Bang!
Top

Ask yourself - why did the dead guy slap the murderer in the first place? We are not being given access to the entire back story, IMHO.
....and some rin up hill and down dale, knapping the chucky stanes to pieces wi' hammers, like sae mony road-makers run daft - they say it is to see how the warld was made!
Saint Ronan's Well - Sir Walter Scott, Bart. (1824)
Top

Fixed it for ya!
Ah that's one thing about our Flame, doesn't play any favorites! Flame hates everybody!
Top

That is going to be one of those pictures that goes on Time magazine or that photo that becomes famous for very for generations to come for all the unfortunate reasons.
People sleep peaceably in their beds at night only because rough men stand ready to do violence on their behalf. - George Orwell
Top

City Of Denver: Matthew Dolloff Not Licensed To Be A Security Guard

There was a brief dust up between the two just before the shooting. More photos here: https://www.thesun.co.uk/news/12905535/ ... ity-guard/ (Scroll down)
"I'm Joe Biden and I forgot this message."

"No society ever thrived because it had a large group of parasites living off those who produce." - Dr. Thomas Sowell
Top

You have a good point lol.
Top
Post Reply
25 posts