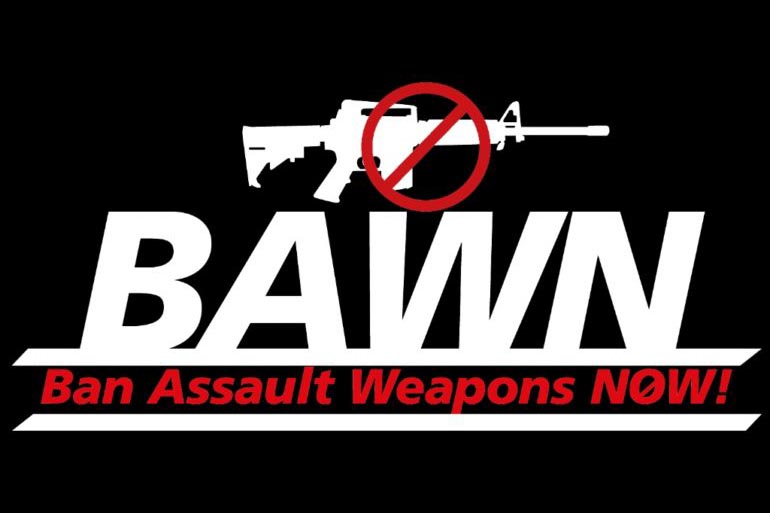 As I reported earlier, there is a push to pass an "assault weapons" ban via a ballot initiative to amend the State Constitution. This is being spearheaded by Ban Assault Weapons NOWÂ (BAWN). A bipartisan group of gun grabbers made up of Republican and Democrat authoritarians that want to see Floridians disarmed. Well, as I predicted; they are gaining political ground and financial support.

Republican Party Big Whig Donor Al Hoffman has joined the fray. After Parkland, he stated that he wouldn't support any Republican candidate unless they back gun control and Republican officials like Rep. Brian Mast folded like a cheap suit. Well, it appears that Mr. Hoffman is throwing his money behind BAWN now.

As reported in the Atlantic;


BAWN has partnered with prominent Republican donor Al Hoffman and his gun control advocacy organization, Americans for Gun Safety Now!, which is made up almost entirely of Republicans who support an assault weapons ban. They have now formed a coalition, Do Something Florida! Under their division of labor, BAWN will handle the gathering ofÂ petition signatures needed to get on the ballot, and Americans for Gun Safety Now! will direct an education and advocacy campaign arguing the need for an assault weapons ban. If you click here, you can see their press release stating they're joining BAWN in going after semi-automatic firearms in Florida. Furthermore, they are getting the required signatures needed to get this on the 2020 ballot. Today, they just ceremoniously handed signed petitions to the Broward County Board of Elections and launched a press conference to push their efforts. David Hogg and March for our Lives was there too. â€œAs Americans and Floridians we can come together to say that gun violence is not going to happen in the Sunshine State,â€ Hogg said. â€œGun violence is a preventable issue. â€¦ The fact of the matter is, if you are using an assault weapon â€¦ you are hunting someone. You are not defending yourself.â€ 
Shannon Watts, founder of Moms Demand Action, saidÂ roughly twice as many membersÂ of the organization showed up in Tallahassee for the advocacy day today than came to Floridaâ€™s capitol for the event in 2018.

They sure are throwing their weight behind BAWN's goal too. And don't forget that BAWN has members in Florida's government too. Fred Guttenburg was hired by Agriculture & Consumer Services Commissioner, Nikkie Fried to be part of her transitional team as she takes over the agency that handles Florida's concealed weapons permits. It appears that 2020 is going to be a hard fight for Florida Gun Owners. Why?

Because the Gun Grabbers have bipartisan support. Senate President Bill Galvano (R) wrote the gun control bill that was signed into law by Governor Rick Scott last year and he even took $200k from Bloomberg's Everytown Gun Control Group. As Senate President, he isn't clamping down on fellow Republicans that support gun control because he's a gun control supporter himself. The House isn't any better since House Speaker Jose Oliva gave Galvano's SB 7026 a standing ovation when it passed last year and he's doing much the same.

2020 is Trump's election and you can bet that the Democrats will put every effort to get their voters to the polls and the 2018 election had every ballot initiative pass the 60% threshold except for the one that would actually benefit home owners with an expansion in property tax breaks.
Top

I hope that bimbo with her petition and her ilk wear their t-shirts and hats all the time. Just so I know their rules. If I see her being cut up by some perp, I'll just keep walking.
Hurrah for the Bonnie Blue Flag that bears a Single Star.
Top

This is the most momentous fight over gun rights in Florida ever. People need to understand--if the Florida Constitution is amended as proposed, then it doesn't matter who is governor or in the legislature, they WILL have to abide accordingly. Moreover, the Florida Supreme Court will not be able to strike down the amendment under the Florida Constitution, since that is what is being amended. There are only two possible grounds of recourse:

1. Re-amend the Florida Constitution at a later date to remove it--this is highly, highly unlikely. If the amendment proponents get their 60%+ of the voters to agree, we would have to get a 20%+ "swing" in such voters later to undo it. That seems really far-fetched to me, especially on changing demographics.

Here's the problem with the U.S. Supreme Court route: they have already turned down this issue, regarding Maryland, less than a year and half ago:
https://www.reuters.com/article/us-usa- ... SKBN1DR1SE

This doesn't mean they ruled in favor of the Maryland ban on the merits; instead it means they just refused to hear the case. Perhaps someday they will change their minds and choose to hear a similar case--like from Florida. This becomes more likely if the court below in the future case strikes down a ban similar to the ban in Maryland that was upheld. That would mean a "split in the circuits" (the Circuit Court of Appeals). That is the kind of thing that tends to prompt U.S. Supreme Court action.

As it is constituted right now, that would mean that we need 5 votes--which would almost certainly mean Roberts would have to vote with us. Does anybody sane now trust Roberts to deliver such a vote, given his Obamacare vote, and his recent vote on the Louisiana abortion law, where in both instances he broke with the 4 conservatives on the court? At best he is a Fudd Second Amendment supporter. Of course a challenge to any 2020 Florida Constitutional amendment wouldn't hit the U.S. Supreme Court for awhile after, probably the 2022-2023 term at the soonest. Who knows what the U.S. Supreme Court will look like then?

So, by FAR, the best and most certain route is to defeat this fucking amendment. Gentlemen, prepare to fight like you have never fought before. As Jefferson said, the price of liberty is eternal vigilance.
Top

I tried to reach out last December to you about wanting to help out, also offered printing services from my familyâ€™s business to help print flyers or something but never heard back from you, if your interested in recruiting help feel free to PM me
Top

JonathanW wrote: ↑
Mon Feb 11, 2019 1:24 pm
I tried to reach out last December to you about wanting to help out, also offered printing services from my familyâ€™s business to help print flyers or something but never heard back from you, if your interested in recruiting help feel free to PM me

Sorry man.... completely missed it. My mistake and thank you for the offer.
Top

Fucking Mel Sembler .........I wonder what his "angle" is in supporting this?

I'm guessing his "bank", Sheldon Adelson, is looking to make the "gunshine state" moniker vanish so his revenue from FL tourism will increase...
Top

It is just like Gambling or the Light Rail "initiatives". How many decades were they on the ballot and kept getting voted down? These Libiturd f*ckers learned that if they keep putting it on the ballot it will eventually pass. Besides, the scales have probably tipped since last November election and the brain dead have infested Florida and now hold the voting majority and keep the Yankee invasion going.
Ah that's one thing about our Flame, doesn't play any favorites! Flame hates everybody!
Top

So, have any of our state-wide pro-2A organizations taken up the fight against this?

A picture of a Ruger 10/22 with the ban circle would be a good start to help people understand what this means.
....and some rin up hill and down dale, knapping the chucky stanes to pieces wi' hammers, like sae mony road-makers run daft - they say it is to see how the warld was made!
Saint Ronan's Well - Sir Walter Scott, Bart. (1824)
Top

I remember when Debbie Wasserman Schultz successfully passed a Broward Assault Weapon Ban about 20 years ago as a follow on to the Clinton Ban. The only reason it didn't get signed into law was Governor Jeb Bush.