Pistols of all descriptions.
Post Reply
6 posts • Page 1 of 1

I had some scratch because I sold my Glock 22. I was offered way more than I paid for it so figured 'what the heck'. Really didn't know what I wanted and really didn't need anything but it's always fun to look.

Saw a Sig P226 for sale. $650 OBO and after talking with him agreed to $575. Police trade-in. Minor and expected wear in some places on the slide and frame but nothing to be concerned over. Beautiful G10 Piranha grips were installed. He replaced all the internals i.e. springs and firing pin. And the mags feel 'like new' stiff even though they have the normal outside wear so the springs in them seem to be GTG. He changed out the sights for fiber optic front and rear.

Came in 40S&W and he also had the 357sig barrel to go with the deal. Three 12-round mags. The 40S&W has the normal 'smiley' wear but the 357sig barrel looks to have been shot very little, no wear marks on the outside. He was a smaller stature man and said he really couldn't handle the 357sig as he has small hands. Hoping to hit the range tomorrow with my son so I'll give it a go and see what my impressions are with both loads.

Felt like $575 was a good deal for all that was included. 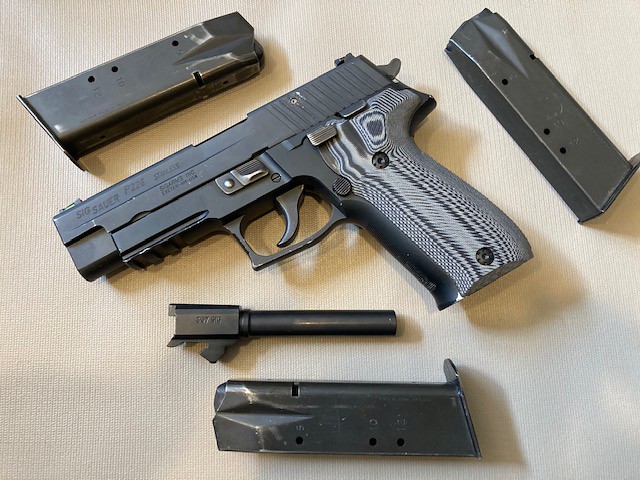 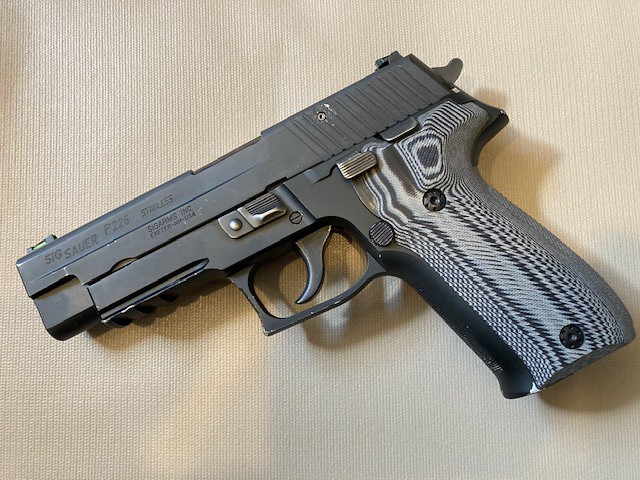 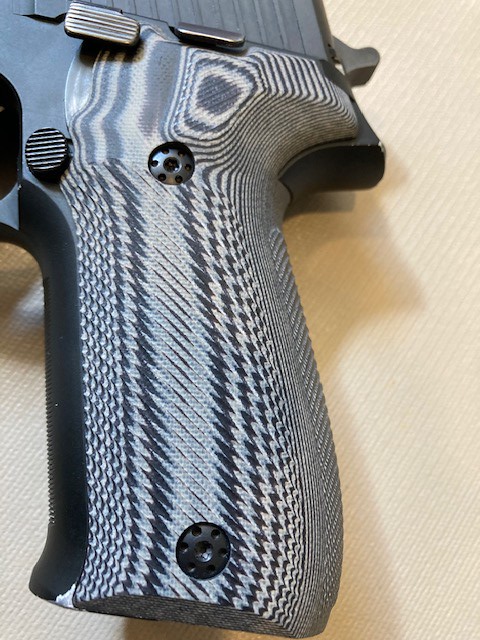 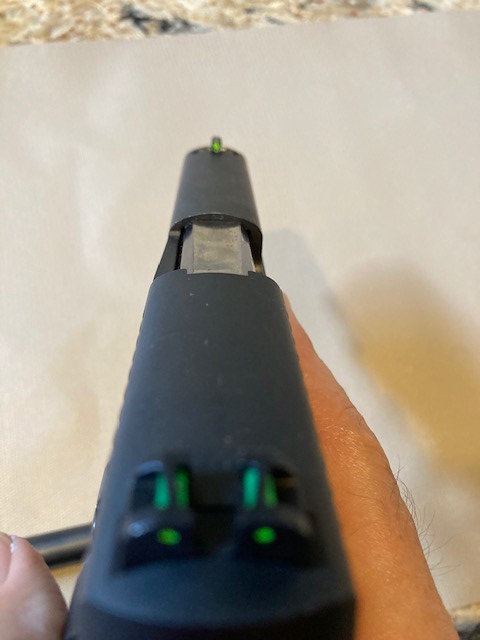 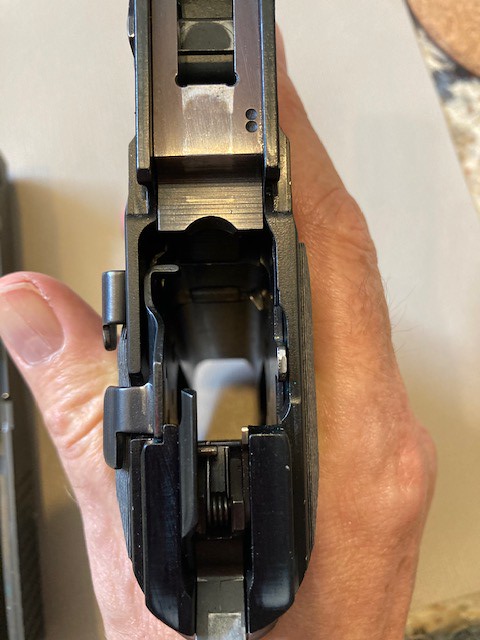 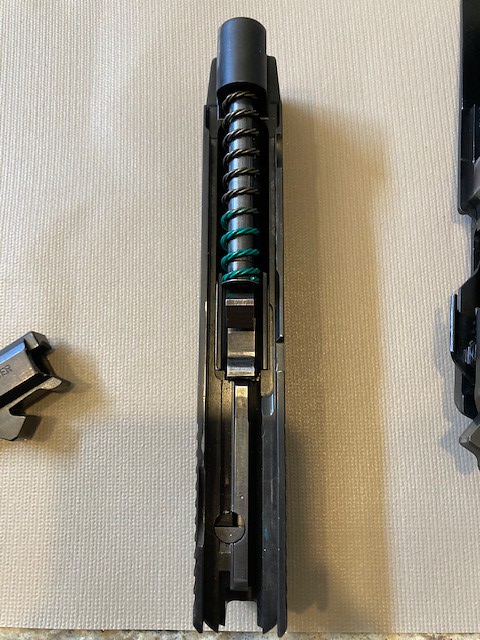 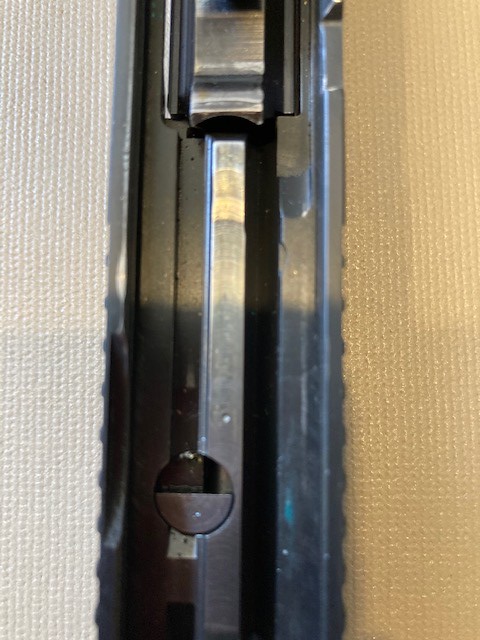 Fully loaded it weighs in at 39.5 ounces. I may think about adding a 9mm conversion barrel to make it a 3-n-1 platform. I'll put a little thought into it.
Survival and Emergency Preparedness http://sepboard.us
Top

I live in the wrong zip code to get those deals, very nice find sir!
Top

Thanks guys. My son and I went to the range this afternoon. The P226 was one of the pistols we shot. What can I say but....WOW! This police trade-in was made in 2004. The G10 grip was pure joy to shoot with. Filled the hand and gave a sure purchase on the pistol even with the heavier recoil of the 40S&W and 357sig. The heavier DA first trigger pull was beautifully smooth. Estimate perhaps 10lbs give-or-take perhaps a bit less. The SA was REALLY smooth and short and felt like it broke at 4lbs or less. Getting use to it the SA shot actually surprised me a couple of times.

Accuracy was impressive. Head shots at 12-15 yards was nothing. Recoil with both 40S&W and 357sig was stout. Definitely more felt recoil than with either my HK USPc or P2000. But for me it was completely fine (I grew up on full house 357 magnum revolvers so recoil just isn't that big of a deal to me with the exception of an LCP). My son felt the recoil a lot more but he doesn't have the same experience I have with heavier recoiling rounds. But he did very much enjoy this pistol, particularly the SA trigger.

As expected, no malfunctions with either barrel. Felt and shot like a quality pistol.

Overall impression is that I'm glad I picked this pistol up at an excellent price. Very happy with the G10 grip. I'd carry this pistol for SD in a heart beat.
Survival and Emergency Preparedness http://sepboard.us
Top

That's an amazing deal. I bought a 9mm 226 in '95 and it's one of my favorite guns. It's German proofed in Kiel right when they had to switch over Made in W. Germany to Made in Germany. At the end of the day, the later made US made Sigs are probably more robust and with the rail are much more versatile. I've always had an itch to add a "modern" 226 to the stable.
Top