Pistols of all descriptions.
Post Reply
7 posts • Page 1 of 1 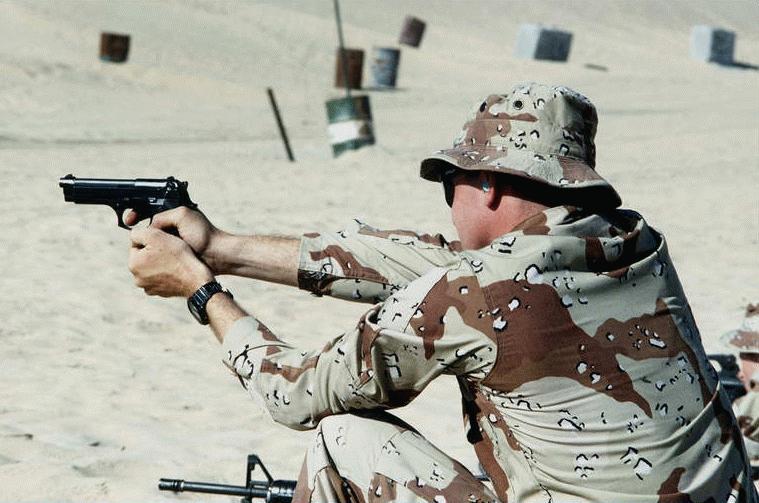 It was the gun of the LAPD and numerous FL Law Enforcement Agencies.

My Father (far right) as a Special Agent carrying a Beretta 92SB.

The Beretta serving with the LAPD during the 1997 North Hollywood Bank Robbery.

Along with its real life exploits, the Beretta 92 shared screen time with actors like Bruce Willis in Die Hard and Mel Gibson in Lethal Weapon. But it wasn't only just a star in Western films. Oh no, it also was very popular in Asian cinema.

So who is John Woo and what the heck do I mean by that the title? John Woo is a Hong Kong Movie Director known for using Beretta and Taurus automatics in his action films and having his characters wield them akimbo. Thus, going "John Woo" means dual wielding. 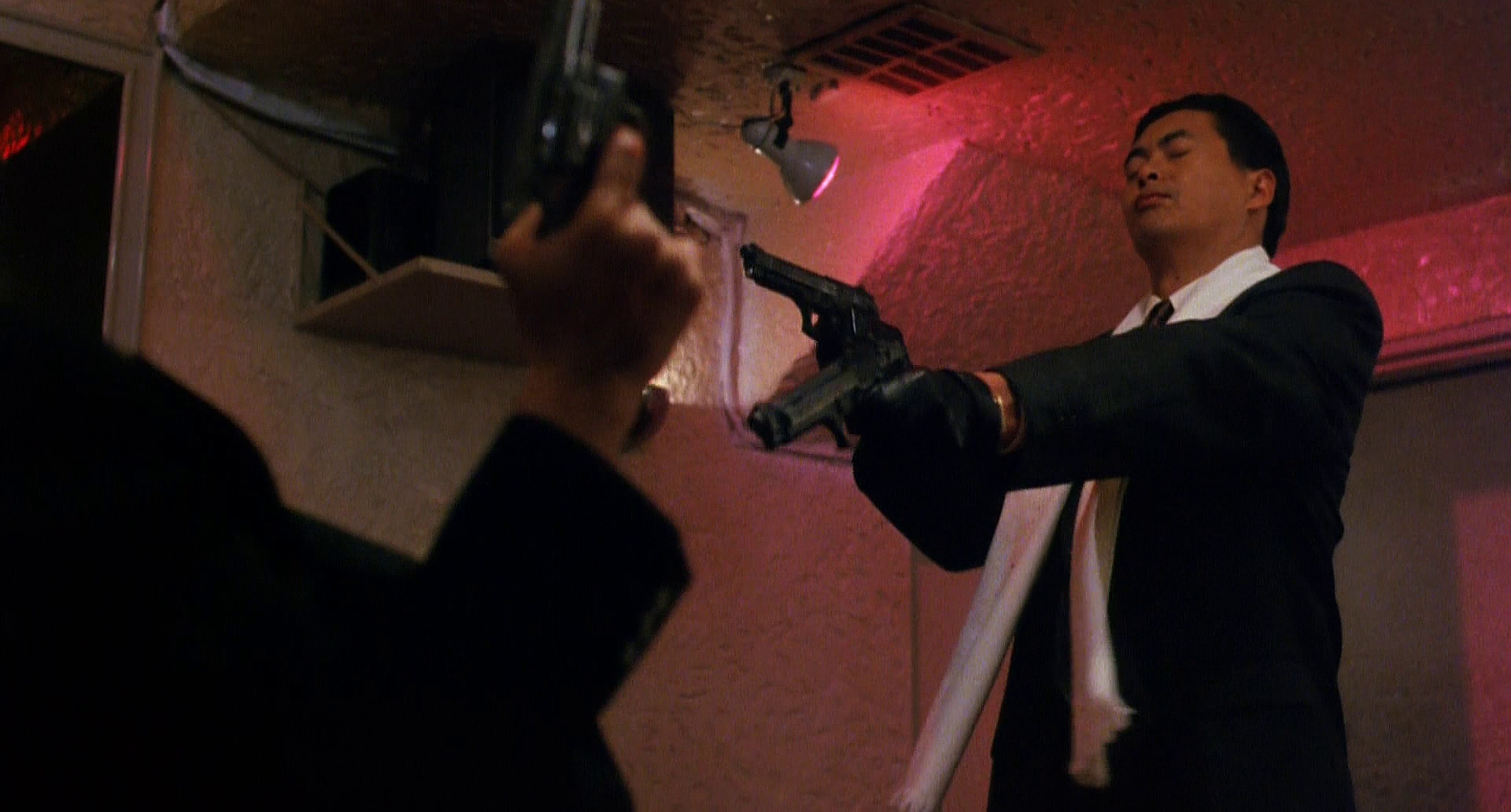 Chow Yun-fat in 1989's The Killer, directed by John Woo. Dual wielding a Beretta and Taurus. 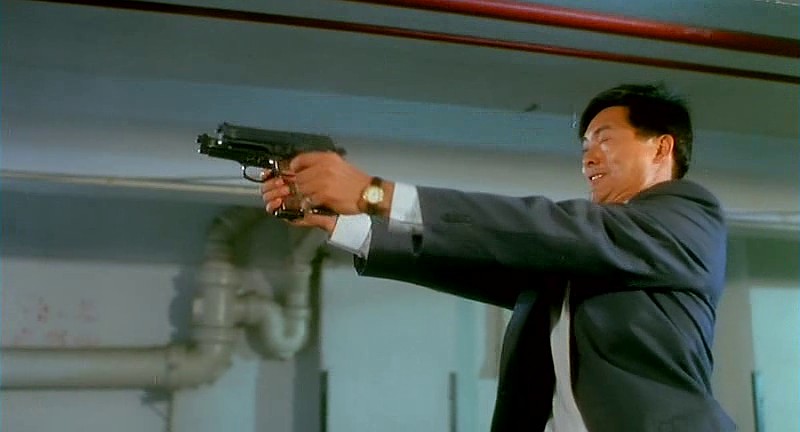 He was a fan of both guns and so am I. I love Beretta, but I always wanted a Taurus too and here's why.

Both companies advertised the hell of their products. I remember seeing all these ads in the magazines back in the day. 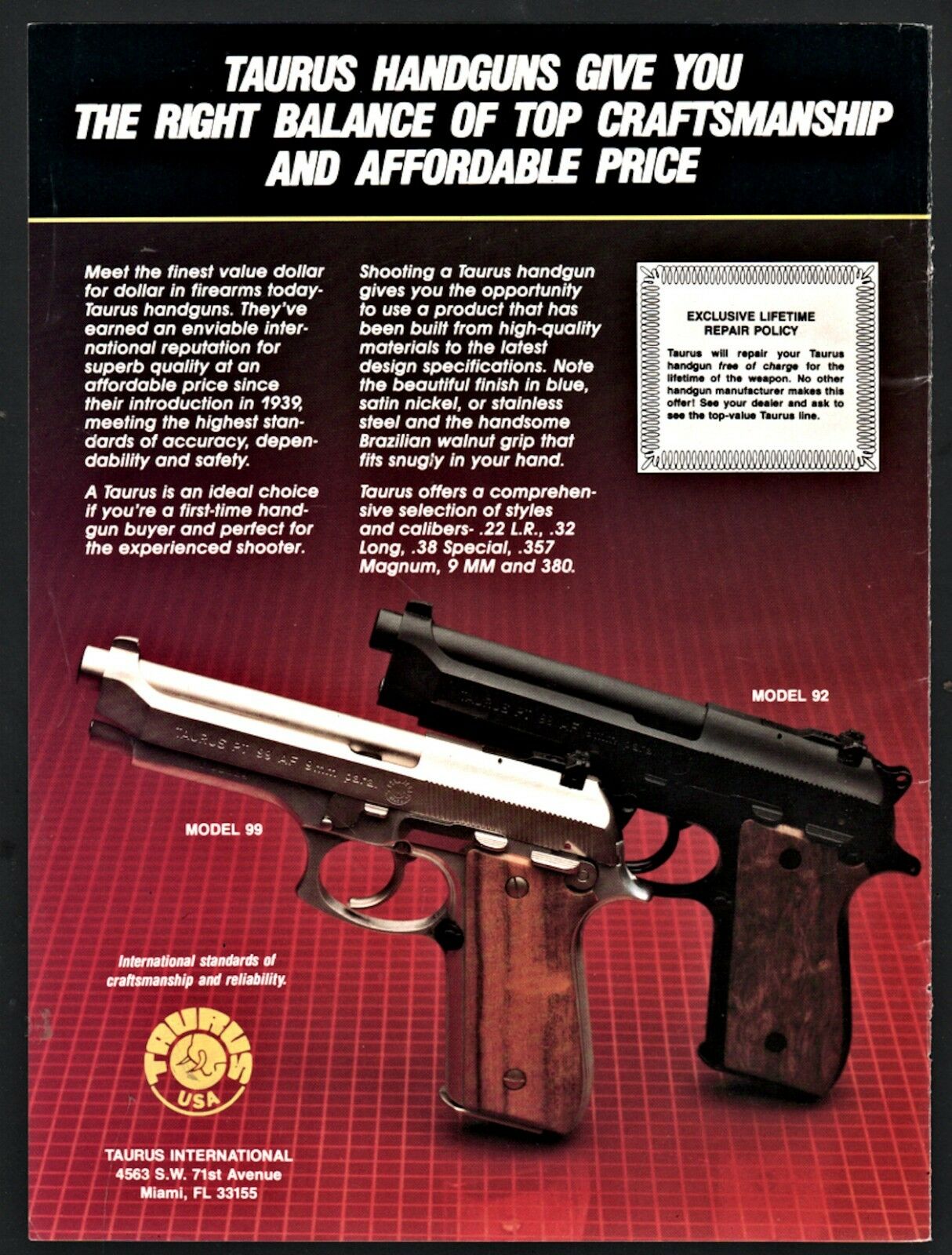 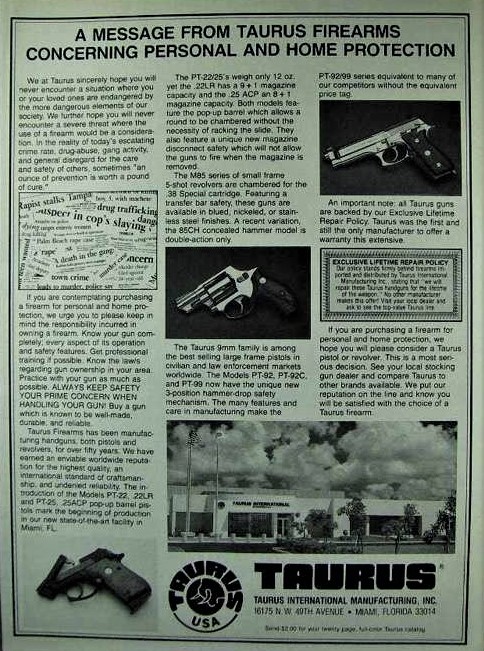 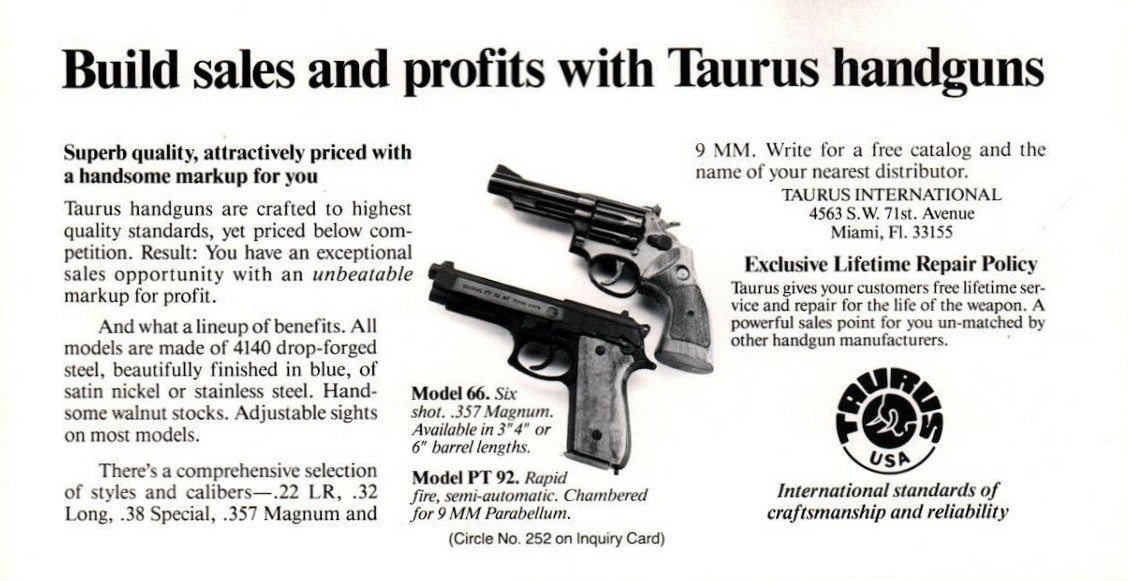 Taurus talking up their guns in these 1980s era Taurus PT92 advertisement promoting one of the gun's key difference from the Beretta. Its overall lower price. 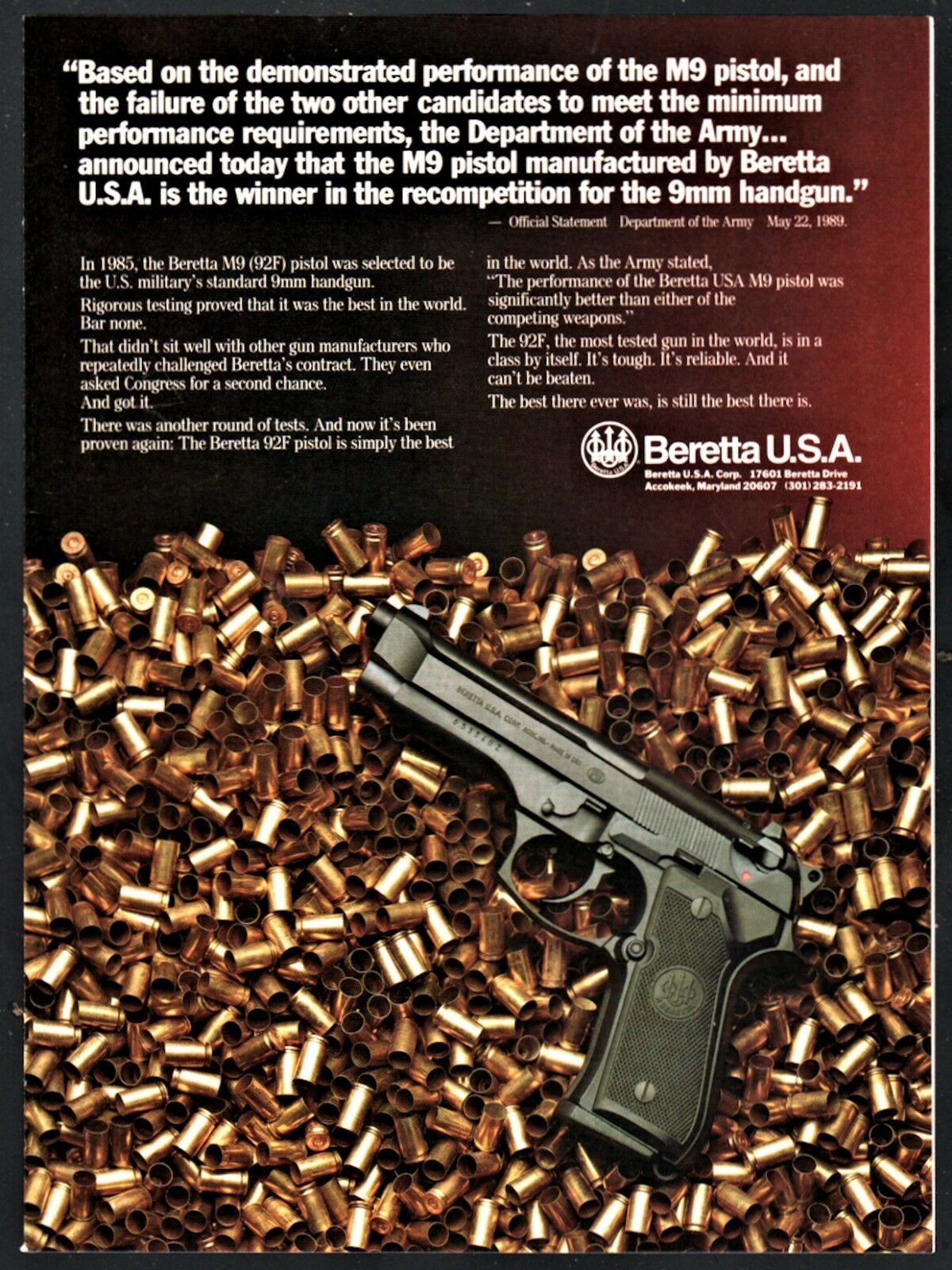 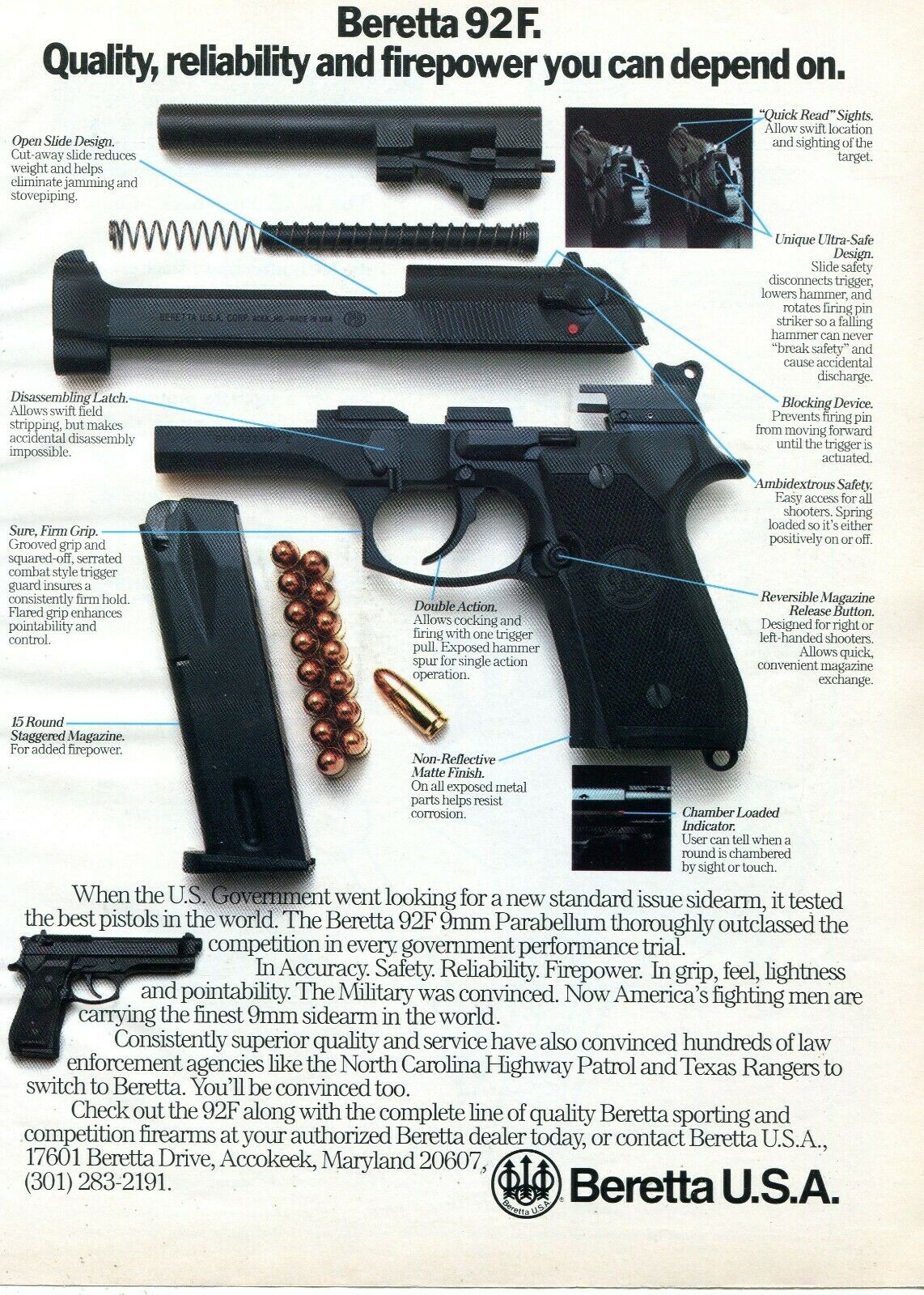 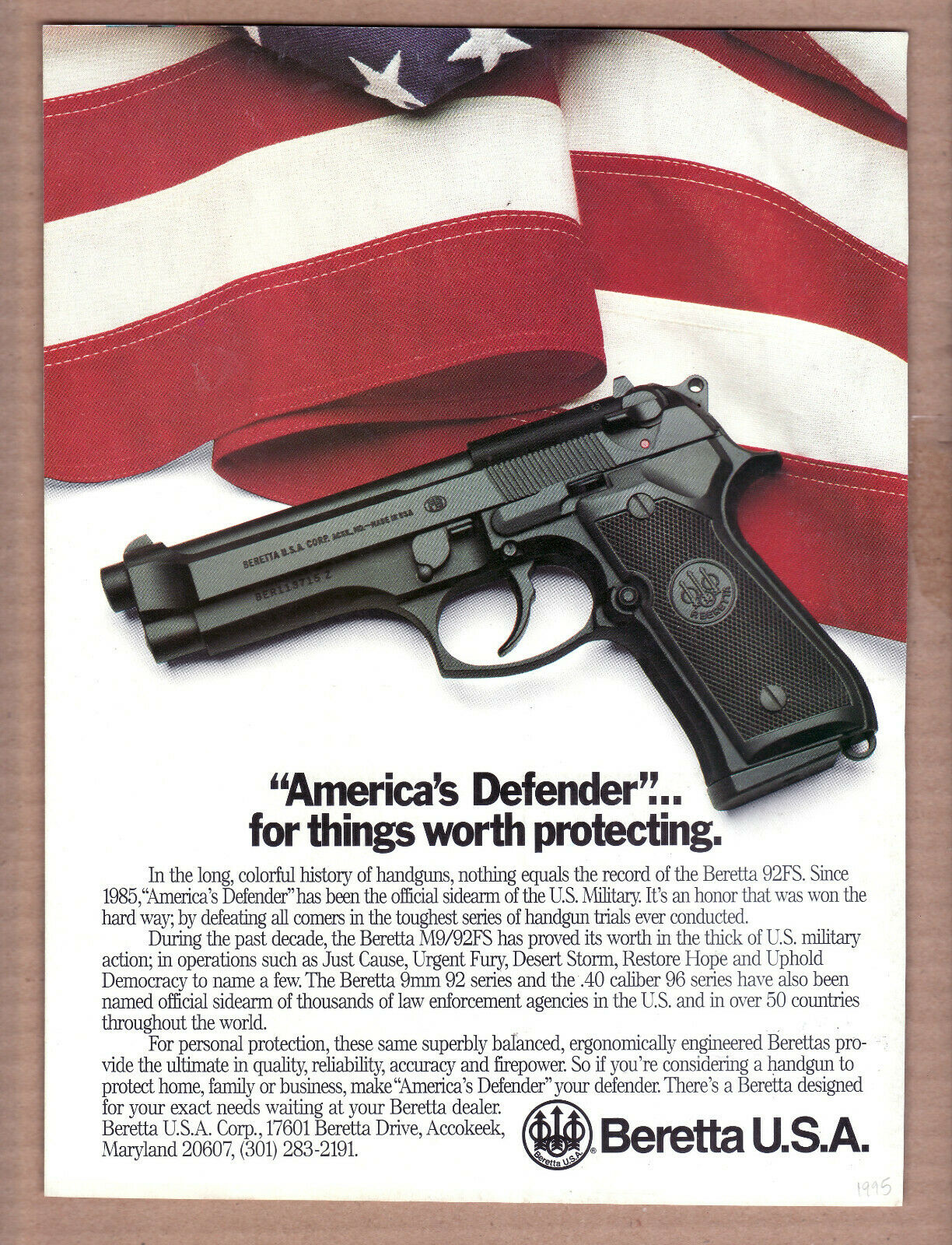 Original 1980s era advertisement. Beretta riding the wave from being adopted as the official service pistol of the US Military and then beating all the competitors when trials were redone.

Okay enough about waxing nostalgic about 1980s Hong Kong action movies and Reaganomics era gun ads, let's just get to the meat and potatoes. We're going to outright compare the Beretta and the Taurus. I wanted to always do a direct comparison between the two and now I can since I recently purchased a early 90s production Taurus PT92AF. 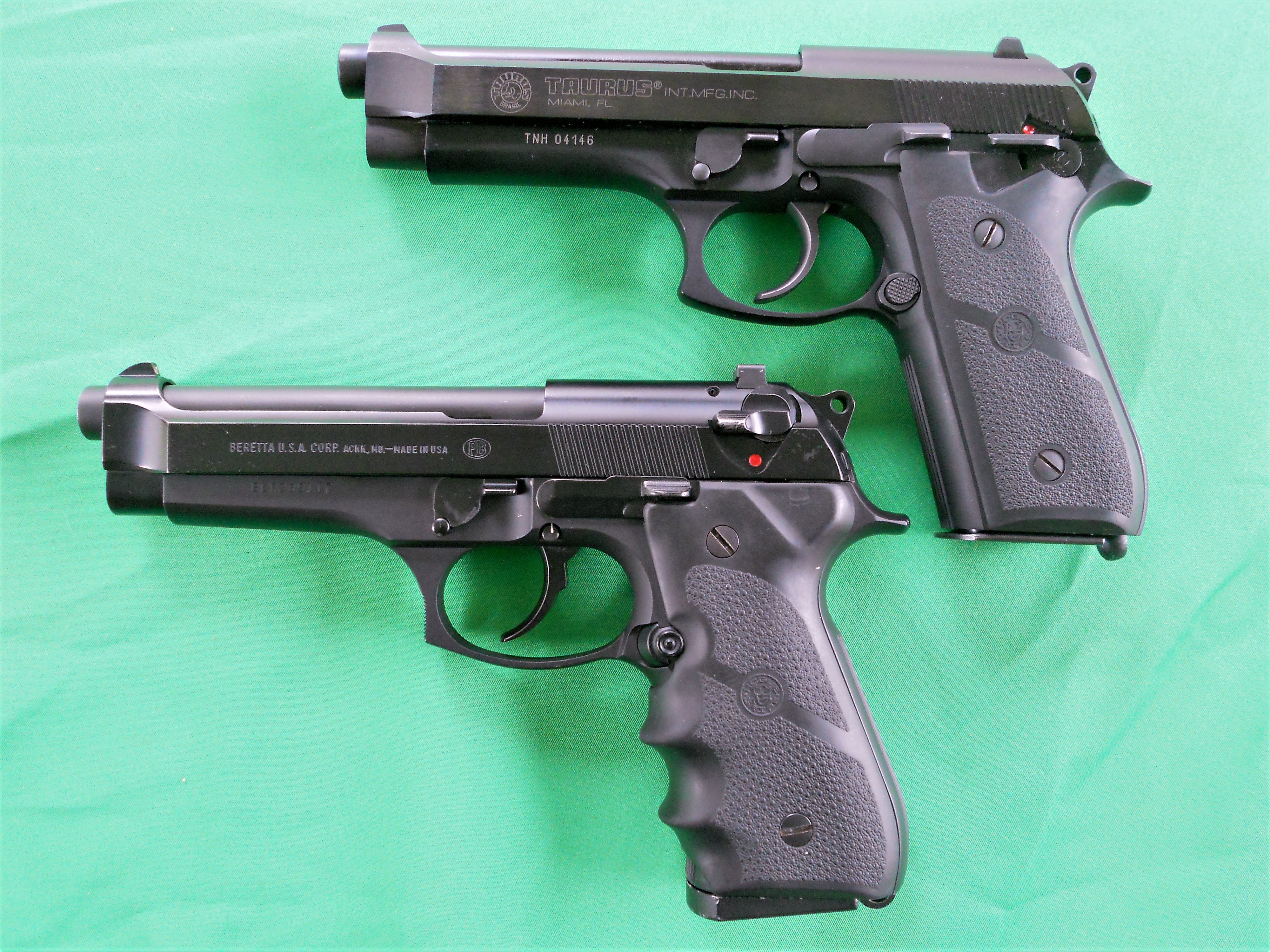 My Beretta made in January 2003 and Taurus made in August 1994. Both are in my opinion exceptional Wonder-Nines from their companies.

Beretta and Taurus have been producing some fantastic Wonder-Nines and these two are in my opinion the cream of the crop. 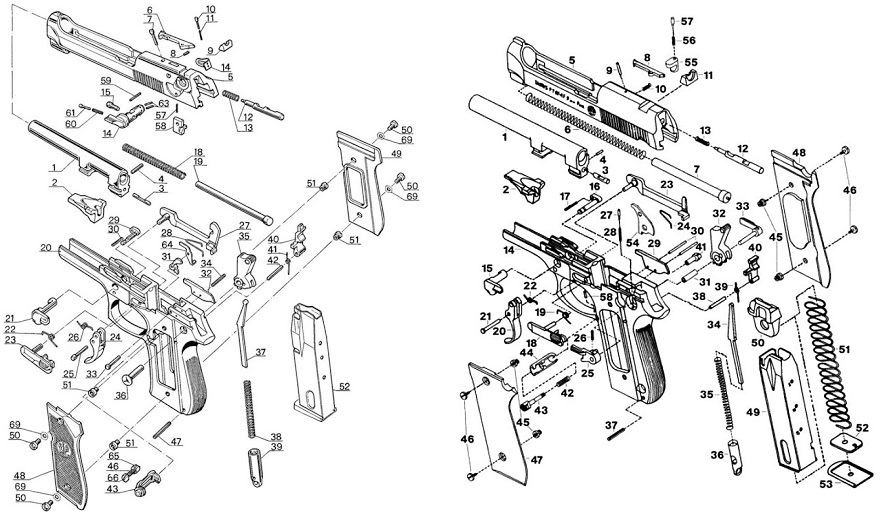 Schematic for both guns. Beretta on the left, Taurus on the right.

This particular Beretta is a "Police Special", what that means is that it was marketed to law enforcement agencies. Beretta took a bog standard 92FS and sold it in a carboard box to reduce shipping costs. They threw in a third magazine and installed Trijicon night sights on 'em.

The Taurus as mentioned previously, is a then standard PT92AF. Remember, in 1997, Taurus started to cut costs by cutting quality on their guns. But this one was before any of that. Everything on this gun is old school cool.

I kind of liked “Bulletproof Monk” myself. Also a big fan of Chow Yun-fat movies. The Replacement Killers was my first. Great flick.

Your dad seems like the OG Crocket of 70s Miami Vice.

I use to carry a Beretta on duty in the early 2k's just before transitioning to the Glock. Excellent pistol. Having said that, I've also had the PT92 and it's a solid pistol as well. That was in the mid to late 90's.

Funny story, when we transitioned from S&W revolvers (the model 64 .38 Special) to the Beretta 9mm I taught the transition course. However, I could not carry a Beretta on duty until I took the class....that I taught

So I showed up to the class and the alternate instructor walked in and looked at me sitting there and asked if he had his dates mixed up and if I were teaching the class. I told him they wouldn't let me carry till I took the course. He couldn't believe it. He was like, 'you teach the course! Why do you have to take it?' I just shrugged my shoulders and told him I was going to fail on purpose so I could come back for remedial shooting

Anyway, after the red tape was satisfied I carried the Beretta for a few years till be transitioned again to the Glock 21. Guess who taught that course and who couldn't carry a Glock 21 until he took the class? Yep, gotta love government work.
Survival and Emergency Preparedness http://sepboard.us
Top

John Woo directed Broken Arrow. I always remember that one in particular because when it came out I was in the process of applying to get in the Air Force OTC and happened to mention it to the recruiter during casual conversation. He immediately straightened out and said the AF had sent a directive that they were not allowed to discuss the film. I never figured out what that was about. (The movie does involve some AF personnel going rogue)

Beyond that he also directed Hard Target, Face/Off and Mission Impossible II. In all of these, someone at some point goes guns akimbo.
Top

We didn't transition to the M9 until 1992 after we returned from our little camping trip. No matter how I've tried, I could never love the 92 series. Lord knows I tried, but I could never get comfortable with the grip size, and I've got some sizable paws. I even bought a 92FS from another member a few years back and gave it another go. Nope, not for me.

That said, I did acquire a PT92 recently after a relative's death. I changed out the slick sided wood grips it came with to a Hogue rubber grip, and I actually do ok with it.

Cool writeup though, thanks for sharing!